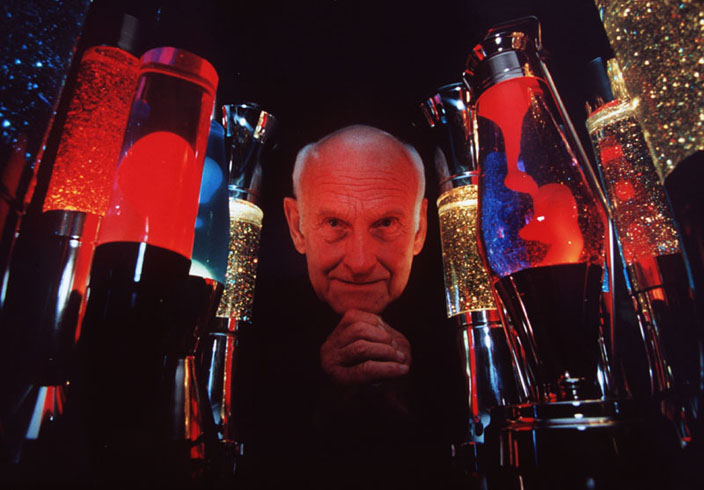 Whether you think of it as a cultural icon, or just loath the thing as an eyesore you have to admit that the lava lamp has a cultural impact that is hard to deny. Since the 1960‘s the lave lamp has enjoyed a lot of success and has become a fixture of the 1960‘s psychedelic movement. A persona that the lave lamp has never been able to cast off. Having waned in popularity until the 1990‘s when it had a strange sudden resurgence in the public interest and sale. Who is responsible for the creation of this beloved bachelor pad icon?

Edward Craven Walker is the inventor of the lava lamp. What was his inspiration for this unique design? An egg timer he saw at a bar once in the town of Hampshire, England. The egg timer in question uses a system that heated a ball of wax that was suspended in water inside a glass shaker. The egg time would be placed in the water with the eggs and when the wax heated and became fluid it rose to the top. This indicated that the egg was done. This left Walker pondering other uses for this strangely designed egg timer.

Born in 1918 to a couple of British expatriates living in Singapore, Walker was destined to live a very colorful life himself. Working for a British and American Tobacco for a while, Walker ended up flying for the Royal Air Force during the Second World War.  As an RAF pilot he was assigned to reconnaissance duties taking photographs of enemy locations and troop dispositions for the Allies during the war. After the war he developed a home exchange service based out of London, England.

As if his life was not already colorful, Walker had a penchant for the nudist movement after visiting an island resort off the coast of southern France. Walker enjoyed the freedom and carefree nature of the colony. Walker would later found the first well established nudist colony in the United Kingdom.

While living this increasingly unique life, Walker never really stopped thinking about that very odd egg timing contraption he saw so many years ago. After a time he decided that the best way to make something interesting out of the device was to make a lamp out of it. This would be the heat source of the wax and provide illumination to see the strange fluid movement inside. It was not until the 1950‘s that he had a working lava lamp design, and had found a company to market it through.

Finally Walker had a design that consisted of oil, wax, and a few other ingredients. The lava lamp was originally a globe fixed to a gold base. A lamp was positioned underneath for a heating source, and a buyer had a choice of red, yellow, blue, or white. Walker first started marketing his new invention in the 1960‘which was a perfect time. The psychedelic sixties were born and the lava lamp was adopted by many as a cool psychedelic novelty.

This article is filed under:

Cameron Johnson started his career when he was only nine years old. And to be precise, his career started the day he founded his company, Cheers and Tears. It started with simple handmade cards, created in Photoshop. Cameron made these cards for family and friends, but soon enough his neighbors and friends, teachers and strangers... Continue →

Though facts and events of his childhood are little known, William “Bill” Benter has become internationally known for his development of what has been argued to be one of the world’s most lucrative computer advancements.  This software has been his key tool in his attack on the horse racing bazaar in Hong Kong. This software... Continue →

Copyright © 2012 Weird Wealth. All rights reserved. The strangest ways to make your fortune!